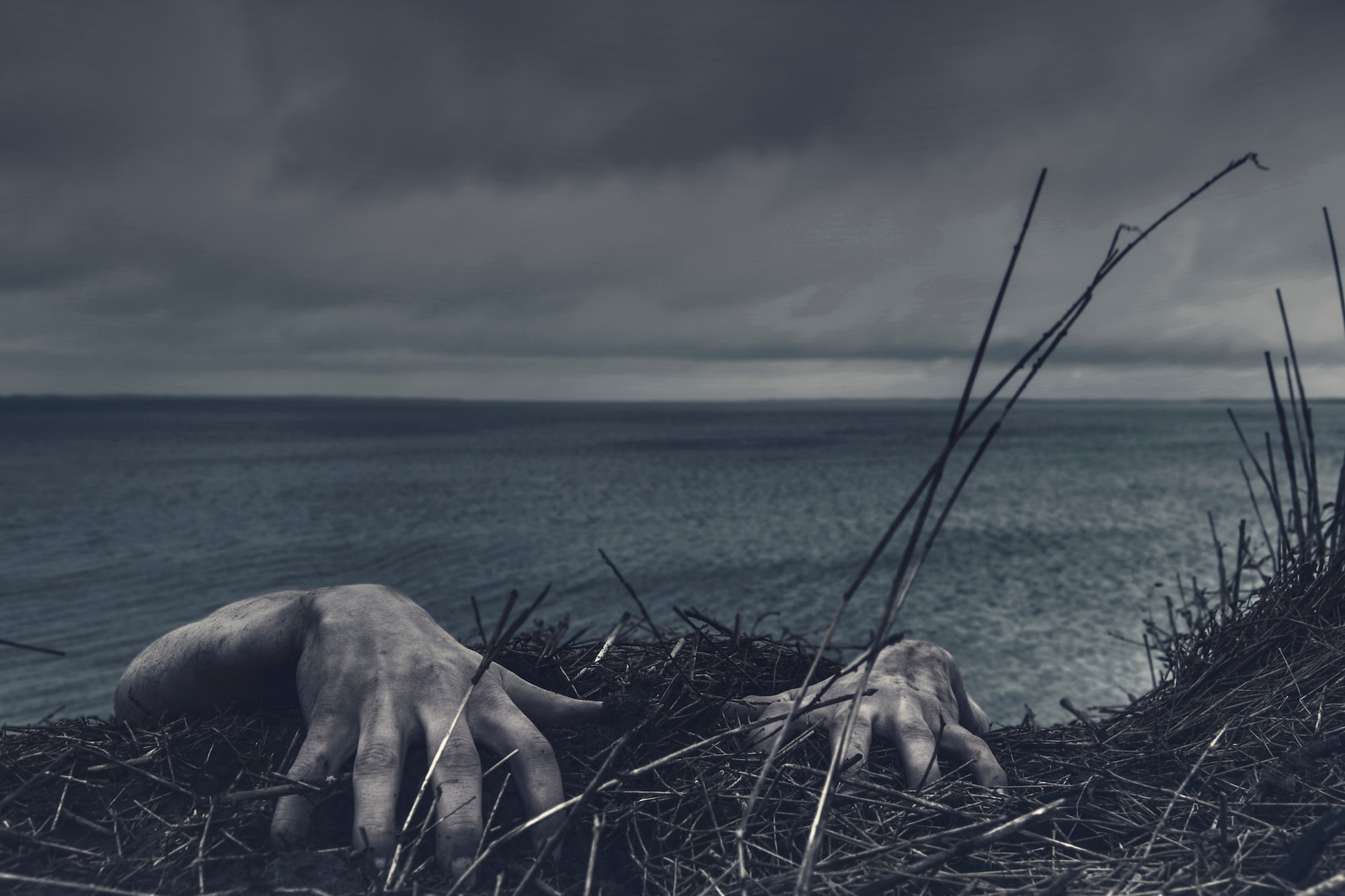 The evening was primrose.
The air was a chilled temperature which left goosebumps on one’s skin.
A cool breeze streamed over everything.
Red flags attached to the bumper of a mint-green vintage Cadillac, flapped high in the sky as the car cruised down the highway.

Tears slid down the driver’s bronze-brown skin as she broke several speed limits, and slow classical music boomed from her stereo.

Elisa drove dangerously along the empty road, her 6inch heeled foot pressed down hard on the accelerator, her hand aimlessly turned the wheel causing her to swerve and skid. Leaving fresh black tire marks on the concrete.

She continued driving with this reckless abandon until she reached a strip of the highway that precariously sat on the edge of a cliff.

Only a thin guard rail separated the road from a dangerous rocky drop that went on for countless feet until it met ocean waves and jagged rocks.

The car stopped, and she stepped out with her sharp pink Stilletos. Her flamingo pink dress, made of linen ruffles, shook in the strong breeze.
Her afro curls dancing in the air.

Her beautiful face was bruised and bloody, her makeup long-since ruined. Black Mascara smudged her face and smeared red lipstick coated her cheeks.

She breathed in the fresh mountainous air as she prepared herself, and then she turned back to her car and brought an ancient book out from her trunk.

The pages appeared so brown and frail that even the wind seemed capable of reducing it to dust. It was bound black leather and sheep-skin that had likely seen decades pass by.

She crawled on the ground and opened her pink clutch bag, out emerged a thin yet insidiously sharp blade. She pressed it to her hand and drew blood as she muttered words in an unintelligible and long-dead language.

Once she whispered the incantations from the book she dropped her blood on the tarmac and used it to draw the horns and fangs of some otherworldly hideous creature.

Elisa took off her shoes and neatly arranged them near her car, and then she slowly approached the Guard Rail.

She gripped it’s thin and cold metal and climbed over it. Soon she was standing at the cliff edge. Looking down at the turbulent sea and the spiked jagged rocks that awaited her fall.

For an hour she stared into the Ocean, her breathing becoming more laboured and fearful with every breath.

As she hyperventilated, her fingers still clinging to the Guard Rail, smoke raised her.

The smoke had come from the markings of the demon on the ground. From her bloody imprint arose thick darkness that smelt like rotten eggs and decaying corpses.

This smokey darkness became more solid the longer she hesitated. At first, it was formless but after ten minutes a Ghastly Beast could be seen.

Its head was the size of her Cadillac, it’s the body the length of a tree. It’s long claws from its pawed feet scratched into the concrete and left long gashes.

Its face was shaped like a wolf but its skin was wrinkled, bloody, and filled with warts. Jutting from its teeth were four long fangs that curved upwards like the tusks of a mammoth and were sharper than blades.

This Demon that had risen from the underworld, crawled up to Elisa and crouched next to her.

She trembled as she saw it, but she didn’t seem surprised or scared, in fact, she had expected it.

“Why are you hesitating, isn’t this what you want? Your sacrifice will complete our contract, bringing me to the Earth to kill your enemies and exact your revenge, so why prolong the process?” Its voice was surprisingly soothing, and tantalising baritone, almost sexy.

Elisa nodded, a hard set expression on her face, “I know…I want it….I am prepared to be punished in hell for this deal. I just want you to promise me that they will also suffer.”

The Demon smirked at her, “Everyone ends up in Hell my dear, Hell is for the guilty, and there isn’t a single human being without guilt. God may forgive but humans tend to not forgive themselves.”

“Don’t worry, for your sacrifice they will be tormented to the highest degree, but you will also suffer with them. An eye for an eye and all that.”

Elisa stared into the abyss of the empty canyon in front of her, “So punishment is awaiting me…”

She hesitated, her breath hitched.

“Ah, so now you have doubts. Just a minute ago you were so determined, but now you know you will suffer from your enemies…and now you hesitate.”

“Now that you realise death isn’t so easy are you finally appreciating life?”

Her feet scraped a few pebbles and they fell down into the depths beneath. She gulped as she heard the pebbles clatter on the various jagged rocks before ultimately disappearing under the waves.

“I am a victim of their crimes…why must I suffer as much as they do?”

“You fashion yourself a victim yet you want to be the punisher. A victim doesn’t meter out judgement. You are unnaturally hastening their deaths, and increasing their judgements and doing beyond a mortal sin, and you think this isn’t fair. Do to others as you expect to be done to yourself. Life is a cyclical thing.”

The Demon sniggered, then sighed, “now go….”
Elisa closed her eyes in defeat. She let go of the Guard Rail and fell to her death.

The Demon watched with a smile as her body cracked against the rocks and her bones shattered.

Soon she was swept down into a watery grave and the Demon cracked Its’ knuckles, stretched like a cat, and turned into smoke which sauntered off into the distance.

Nature shivered as it suddenly hummed a jolly tune.