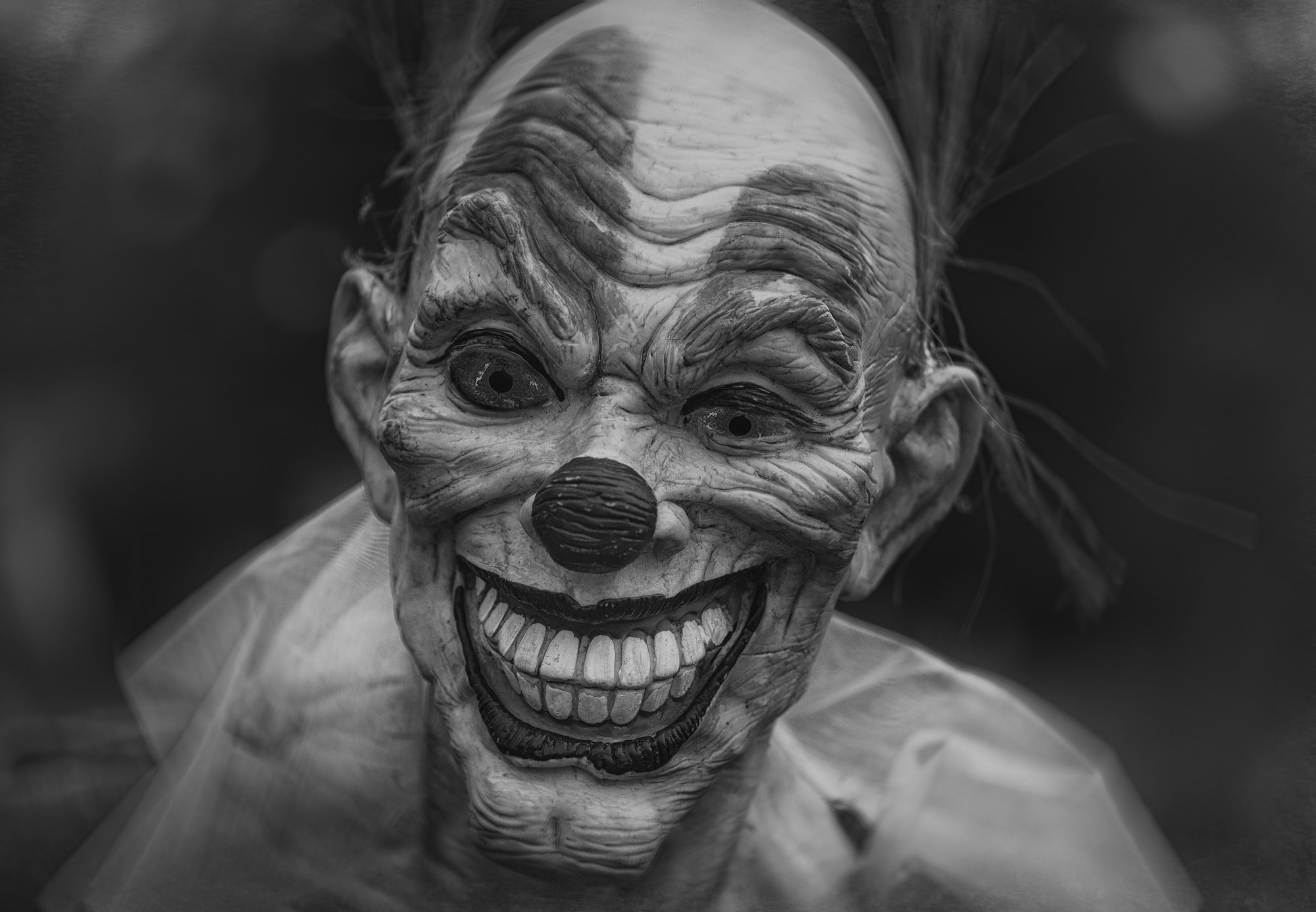 It was staring at me.

I believe it was between two and three in the morning. That odd time of day, during those twilight hours, where nothing good ever happens, and sinister beings creep out of the woodwork.

It began with this weight on my chest, pressing down on me. As if someone was on top of me, sitting on my stomach.
The sensation was similar to a sack of potatoes or perhaps a slab of bricks being placed around my torso.

I felt like my head was being held underwater. A pressure gripped my skull and I could no longer breathe.

There was this acute sense of power leaving my body like air escaping a balloon. I couldn’t turn my head, nor lift my arms. I couldn’t even twitch my toes.

I was aware of my surroundings, I was awake yet completely immobilised.

All I could do was open my eyes, and when I did I saw it.

It was staring at me.
Tucked away inside my wardrobe, I could see it sitting in the dark space between my dresses and coats.

Their pus-yellow eyes shone like Amber traffic signals as it observed me.

Panic flared in my head. My instincts for Flight or Fight were raging inside of me. My blood froze with fear and veins bulged as I used every speck of power I could summon, to force my muscles to move. But I couldn’t do anything. I was entirely at that Creature’s mercy.

For a long time, we simply stared at each other.
I could hear my heartbeat pounding loudly in my ears, a chorus of drumming going “PAP-PAP-PAP-PAP-DOOM-THUMP” over and over again.

Then the clouded night sky slightly cleared, allowing a pearl-bright-sliver of moonlight to sneak through my curtains.

That sliver of moonlight crawled over me, ran through my room and landed specifically in that dark gap between my dresses and coats.

I silently screamed as I saw its wretched face.

The moonlight illuminated a bulbous head attached to his skinny body. The head was riddled with boils so large and pus-filled that you could see the blood and liquid pulsing inside of them.
It had the nose of a pig, a snout, with spiked ridges across the front. The Creature’s mouth hung wide open, displaying its multitude of sharpened teeth and decaying gums.

The skinny body attached to its grotesque head was like that of a misshapen baby. Small infant-like limbs that had mottled greying skin and peculiarly green scales.
Its baby-shaped fingers had long yellowing claws that trailed to the ground.
It had a strange type of hunger in its eyes. Like it wanted to touch me, it wanted to come closer, but it was holding itself back.

I felt like a cake inside a display case. It couldn’t quite reach me. Something blocked it, but it wanted to reach me, it wanted to sink those long and insidious fangs deep into my flesh and rip me apart piece by piece, until the only thing remaining would be a bloody smear.

My already pounding heart was now beating so quickly it felt like it would break free from my chest and run off without me.
Naked and stark terror seeped into my very being.

I wanted to look away, to ignore the Creature, the Demon, but I couldn’t. I was so terrified I had lost the function to close my eyes.

We were both locked in a standoff, watching each other, as if we were daring the other to make the first move.
It seemed to enjoy this, a long forked tongue flicked out from its mouth, and it seemed to lick its lips as if it were salivating over me.

It whispered strange words in inhuman languages, its voice sounded like nails scraping across a board.

For hours It did this, watching me and whispering. I thought the torture would last forever, but by the time the Sun appeared the Creature was gone. Leaving me behind with a slight smirk on its horrible features, as if to say to me “Until next time”.
It melted back into the shadows and faded away.
When it had finally left, that abominable pressure left with it.
The moment I could move a burst of adrenaline pierced through me.
I sat up, ran to my wardrobe and scanned it, looking for any traces of that Monster. However, other than my usual clothes and belongings there was nothing there. Not even a mark of its presence.
It made me feel like the whole nightmarish experience had been only that, a nightmare. But it had felt so utterly real.

A sharp pain made me wince and I felt intense horror as I observed my body.
The full-length mirror hanging on my door showed me everything.
I was covered in scratches across my limbs and chest, around my stomach and torso there were black bruises as if I had been beaten and repeatedly punched in those areas. Around my neck were red strangulation marks as if someone’s hands had been squeezing me.

I stood there for a while, a bit in shock, contemplating what I had experienced, and then the adrenaline left me.
The blood stopped rushing through my veins and delayed panic, terror and fear raced through me.

I convulsed, I fell to my knees and tears spilt from my eyes, leaking uncontrollably.
I was shaking all over. The shivers didn’t stop until my Mum came into my room.
She opened the door wide, ready to yell her usual “Good Morning” or “Wake up Sleepy Head” but instead she was shocked at the sight of me twitching on the floor.

“What’s wrong, what happened, are you okay?” she asked while kneeling towards me, filled with concern, tenderly patting my back and hugging me.

I was so completely caught up in my tears that I couldn’t even speak to her properly. I choked, coughed, spluttered, and mumbled as I spoke. My words sounded entirely like gibberish.