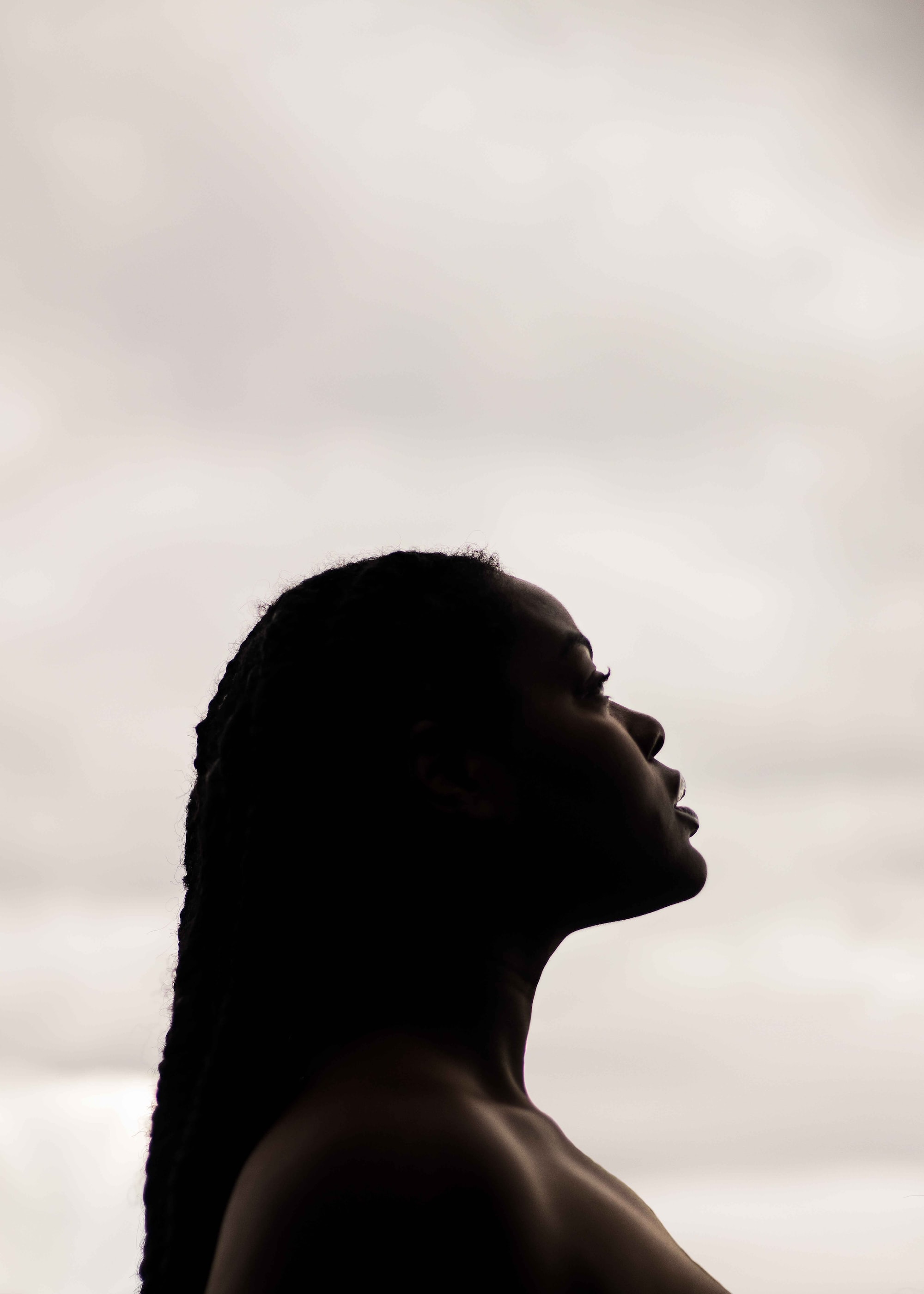 “Tap tap tap”, amongst the smell of fresh books and the sounds of pages turning, I hear her fingers flying on the keyboard. She isn’t looking at me as she focuses on her screen and I assume it’s because she’s busy.

“Let’s be patient,” I think. I have a question for the Librarian but I didn’t want to be rude, “I’ll just patiently wait until she has time for me.”
But after minutes and minutes, that time doesn’t come. I’m sure she’s seen me, I made myself noticeable. I said “Hello?” but she simply shook her head and ignored me.
I keep thinking “It’s because she’s busy.”
But then another girl walks up to the desk, even though I’ve been waiting for a long time, the librarian looks at that girl first and asks “Hi, how can I help you?”

BAM, I suddenly feel goosebumps spread across my skin and my palms begin to sweat.

The other girl’s face turns, she’s confused. She’s standing behind me, she knows I should be served first but it’s obvious that the Librarian is only talking to her.

For a second I’m also confused but then it hits me. The only difference between that girl and me is that I’m black. Her snow-white skin simply lacks the pigmentation of my sun-kissed glowed brown. Her silky straight hair simply lacks the fashionable curls of my kinky hair, yet that was all the Librarian needed to treat us differently.

“I’m sorry but I got here after her, so she should be served first.” The girl says, she’s calling out the unfair treatment and my heart feels thankful to her but at the same time, I feel bitter. A sour taste has filled my mouth.

After hearing the girl the Librarian suddenly pays me attention, “Oh sorry I didn’t notice you there” she says, yet there is no tone of apology in her voice and behind her thick-rimmed glasses, I see blue eyes filled with disdain and oppression.

BAM, the hairs on the back of my neck stand up.

I feel my heart begin to race nervously, there is sweat on my palms, there is fear in my soul. Being hated for simply existing, for simply being, it’s unfair and it’s scary. Yet at the same time, I’m used to it.
The subtle discrepancies in treatment from some people, the change in language and tone, and the looks.
I’m used to it.

If I had been the girl behind me, if I had been white, I might have made a fuss. I might have brought attention to the mistreatment. But I’m not the white girl, I’m the girl that will be labelled as “loud, ratchet, ghetto, or rude” if I cause a fuss.
The Librarian is not being overtly racist, she’s not committed a crime or punched me, she’s just being subtly racist. The subtle racism I’ve experienced for several years being a minority in Britain.
It’s sad but I’m used to it.

Instead, I pretend I didn’t notice what she did, I pretend that my heart doesn’t hurt. I ask her to check out my book and then I swiftly leave and walk to the bus stop.

By the time I finally sit on the bus my hands have stopped shaking. I decide that next time I’m going to a different library.

I’m about to open my book and read a little, but then I feel a hand tugging my hair. A sharp pain makes me wince and I quickly turn my head to look at the offender.
It’s a little boy sitting on his Mum’s lap. She’s watching him as he pulls my hair, she doesn’t stop him.
” That hurt,” I say curtly.
“Oh sorry, my boy’s just curious. He’s never seen hair like yours and all.” She then also pulls at my hair.
“It’s nice,” she says.

A man near the Mother and child has a blue Mohawk, a style that child had surely never seen before yet he didn’t that man’s hair, he grabbed mine. Probably because on a subconscious level he knows his Mummy won’t make a fuss if he does it to me.
The mother probably wouldn’t have touched that man’s hair, but she assumes since I’m black, I should be fine with it, I should take it as a compliment that some strangers hands are in my hair.

I don’t bother replying to her, I feel uncomfortable so I change seats.
Then we get to the next stop, a bunch of school children get on. They’re in their green uniforms chatting away, laughing and being loud, being children.
Amongst several of those children, there is a cluster of black boys and girls. They’re only 10% of that whole group and only 10% of all the noise yet I hear an old man to the left of me mumble:

“Again these coloured children, why are black people so loud and such a nuisance.”

I hear the sound of a newspaper turning and I hear someone on the bus exclaim, “There was another stabbing in London the other day, some black teen died.”
Someone else replied to that remark with a lazy tone, “Who cares the kid was probably in a gang.”

I care. You don’t know if he was in a gang if they didn’t say it in the news story he probably wasn’t. He could have been a diligent student, a dreamer, a kind person. Yet they have just assumed that that boy deserved it for no other reason than he’s black and black teens are associated with gangs.
Which is strange since I’ve never been in a gang, none of my extended family has either. Yet the stereotype persists.

I begin to wonder if I died tragically if someone stabbed me, would they assume I deserved it as well. Would they not care because I’m black.

The thought scares me.

“No seriously where are you from!?” Someone shouts. I look at the front of the bus and one of the school children, a white one, is asking this to another school child, a young black boy.

“I was born at the local hospital in this country, so I’m British,” the black boy says.
“No, you can’t be” the white boy argues, “My Mum says all of you are immigrants, you can’t be actually British. You come from Africa, right?”

For a child his age the black boy is very composed, it’s likely not the first time he’s been asked such a question. It’s not the first time I’ve heard such a claim either. In the past, I have also had to explain and justify my nationality.
“I have never been to Africa, while my parents have origins in the Caribbean and likely African descent, I have never been to Africa, I can’t say I’m from a place I’ve never seen.” The boy says.

Yet he’s being ignored, the moment he admitted his parents had Caribbean and African descent the white boy is laughing, making a fuss. Telling everyone “Don’t you see he ain’t British.”

Treated as others, treated as less, and treated as foreign in your own home country. That’s what it’s like being Black and British. It’s unfair, it’s scary it’s sad and I’m used to it. This has become normal but it shouldn’t be normal.

I get off the bus and I walk home, back into the safety of my family, my fists shake with annoyance at the whole thing. But I calm myself because if I let every injustice drag me down, I’d long since been buried.

The violence may not be as bad as across the pond, but that doesn’t mean we don’t have the racist rhetoric, that doesn’t mean Black people don’t feel marginalised and scared by everyday things. It’s a problem in the UK as well and it should be acknowledged.