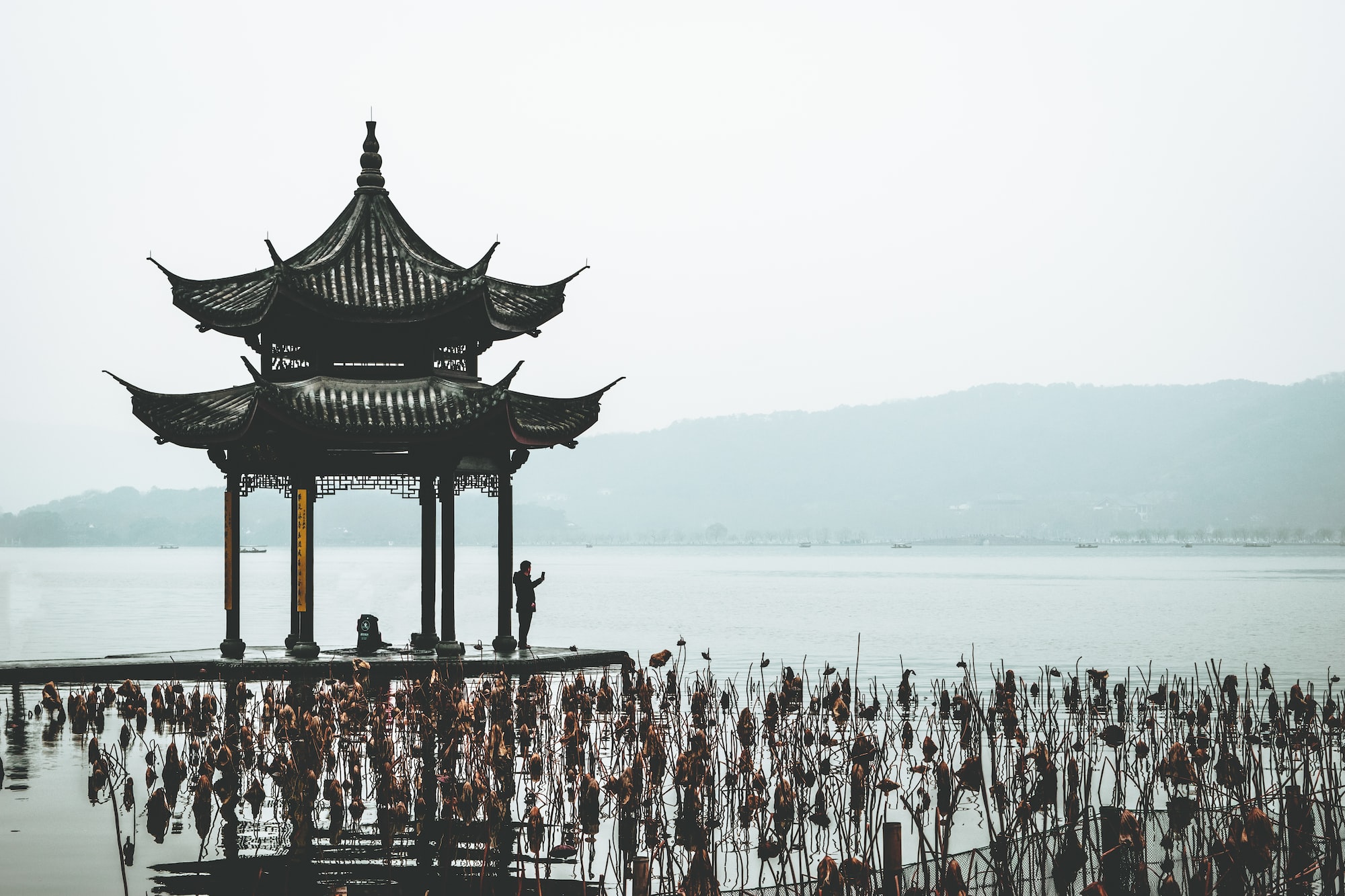 On a warm summer day, I had the pleasure of travelling to Hangzhou.

Hangzhou is a lovely city in the East of China that separates Shanghai from Ningbo. It is one of the most renowned and prosperous cities in China. It has a variety of temples and shrines, and tea villages, but one of its main attractions is The West Lake. A lake which has inspired and influenced several famous Chinese Poets and painters over the generations. Poets such as Bai Juyi, Su Shi, Xu Zhimo, and Hu Shih  who have published various famous pieces about the West Lake.

Here are some “Poems that will make you fall in love with Hangzhou!”

Furthermore, the popular Chinese folk-tale “the White Snake” is set in Hangzhou’s West Lake and the location has been featured several times in television and film adaptations of the tale.

For these reasons, and because I wanted to see more of China, one weekend I and an amazing friend travelled from Shanghai to Hangzhou to view the sights. We were not disappointed, Hangzhou was absolutely breathtaking.

We took a bullet train to Hangzhou which we purchased through the website Trip.com (they also have an app, I really recommend this app when purchasing train tickets- not metro tickets but national rails- around China. It was really easy to use and worked with Mastercard).

My friend and I boarded the train at Shanghai Hongqiao and it departed at 9:30, the train took around an hour and by 10:23 we had arrived in Hangzhou East.

At the time I was wearing a thermal turtleneck and a pair of thick cotton pants. For the 40 plus degree weather I am the first to admit that that wasn’t my wisest choice. In the early hours of the morning when we got on the bullet train the outfit was comfy and snug, but by the time we arrived in Hangzhou, the heat had already risen up. I was sweating profusely and I was very uncomfortable. As a result when my friend and I (I’ll start calling my friend K for this post) got to West Lake, I wasted no time and did a quick shopping spree at a local shop. That’s where I bought myself the pair of shorts and random purple linen shirt that you will see me wearing in most of my photos of this trip.

Seriously, don’t wear turtlenecks in the summer, especially in hot countries like China. What was I thinking?

Moving on, the West Lake was stunning. It was so expansive and wide, so much so that it felt like a never-ending ocean rather than the Lake that it really was. The rich green-blue waves that glistened with the sun rays were truly a delight to look at, and in the distance you can see lovely green hills encompassing it. West Lake really was beautiful, and definitely deserving of all the hype.

Being the tourists that I and K were, we began taking photos and had ourselves a mini-Photo shoot.

The locals of Hangzhou were so nice and talkative, they came up to us speaking English, telling us about their day, and asking where we came from. Wide smiles all around. Some shy people even asked for pictures with us, and being the slight narcissist that I am, I loved the attention and enjoyed the pictures. Honestly if you’re not famous and you want to experience the feeling of having strangers be really nice to you and request pictures with you just because they think you’re pretty and foreign, than definitely go to China.

Alright, sorry for the chaotic energy in that paragraph but honestly it’s just my mood.

There were many lovely ferrymen around the river that offered tourists rides around the lake. There were also professional boat companies that had huge (I’m talking gigantic boats) and offered rides around the lake, but these boats were obviously a bit pricier. Plus K and I had missed the previous ride for the big boats, and couldn’t be bothered to wait another 10 minutes for the next one so we got on a small boat. That boat was honestly the most peaceful boating experience I had ever had and the ferryman was so friendly and kind. Generally, the ambience was so peaceful. I give it a definite 10/10.

After the boat ride K and I decided we wanted to see a Chinese tea village. So after a bit of research online and some hazardous navigation of public transport, we headed to Longjing Tea Village.

Longjing tea village is, well you guessed it, a tea plantation known for it’s Longjing or rather Dragon-well tea. Longjing/Dragon-well tea has been growing in the surroundings of the West Lake for over 1200 years and is known as number one among the top tea in China, according to the website China Discovery.

The Longjng tea village was surrounded by multiple tall mountains and fertile land all growing Longjing tea. Many of the locals ardently advertised their tea, as K and I walked around enjoying the nature they would call out to us to “come and purchase” some of their delicious tea leaves.

I didn’t purchase any as I didn’t bring any extra cash with me for the trip but now I really wish I had, well there is always next time.

Also, fun little titbit, whilst wandering around the village K and I came across this cafe that had these adorable talking birds outside it. I don’t think they were Parrots, I’m not sure what type of birds they were but they were the cutest things ever. If you know what birds these are please tell me in the comments below.

After our lovely visit to the Longjing tea village we realised that time had passed us by at a crazy rate. After that we made our way back to the station and headed back to Shanghai.

That was the end of a fantastic day out in what I would call one of the most ‘scenic’ cities.